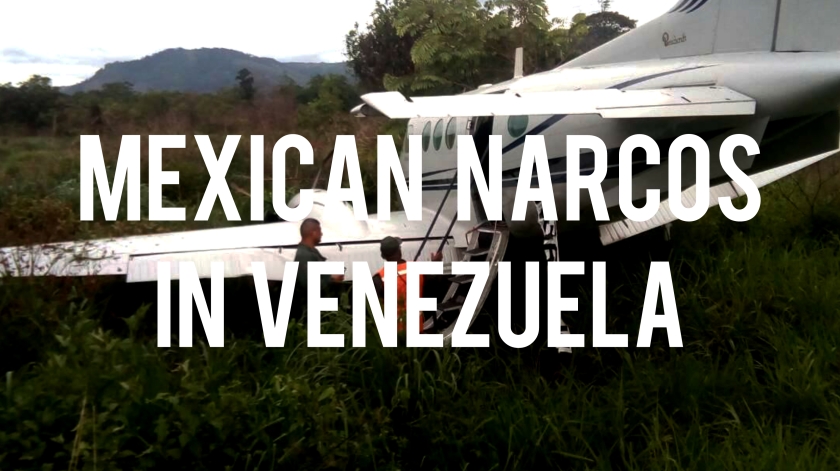 Mexican Drug Cartels in Venezuela
At approximately 10:15 pm on the 28th of April 2019 a Cessna 208 light aircraft (pictured below) made an emergency an unannounced landing at José Leonardo Chirinos International Airport in the city of Coro, Falcon State, Venezuela.

The plane had Mexican papers, the pilot “Rafael Guadalupe Rochar Venite”, who was captured, was a Mexican national and they had just flown from Tijuana, MX. Of the four people on board, two escaped; the pilot and a passenger “Francisco Javier Denis Bueña” were captured by the airport security staff. 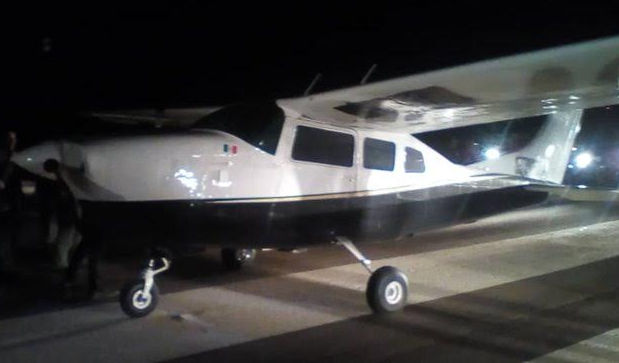 The local media stated the plane was carrying contraband gasoline. The intended destination in Venezuela for this Cessna from Tijuana is unknown but we can say without a doubt it was heading for one of the estimated 2000 unofficial landing strips cut into the remote bush, on the multitude of disused farms or more overtly, with government blessings, on straight and
well and maintained stretches of road.

The nightly arrivals and departures of flights from Mexico are common, this one made the media as it landed at an international airport… The “Beechcraft 90 King Air” in the photos below was found in 2018 in the bush in Zulia State, which borders Colombia. Again it was flown and operated by Mexicans. If detained by the Venezuelan police or military those on board are usually released quickly without media coverage, no doubt for a fee… And as for the Venezuelan Air Forces order to shoot down Narco flights, well if you pay, you fly….

Here I have mentioned two planes that have made unexpected landings but we can be sure many more have crashed and disappeared into the jungles, forests or at sea while making the hazardous flights over Central America loaded with gasoline on their way south and drugs on their way back north. The pilots I have spoken to have explained that these night flights, landings, takeoffs and evading radar require skilled pilots who must be receiving a standard of training that is above what’s offered at most commercial flight schools.

The Mexican drug cartels operate differently in Venezuela than in other countries… In Venezuela, they have representatives in residence who cut the deals with those from the Venezuelan military and intelligence services that run and coordinate the drug trade within the country. The Mexican drug cartels don’t control territory in Venezuela or have to fight rival Cartels for influence or access to routes, for the Narcos and the like, Venezuela is a country where everyone gets along…

Hopefully, this article will help to highlight the fact that Venezuela, as I stated in my previous articles, is a Narco state, to say the very least. With the recent fiasco of a failed coup by the opposition leader “Juan Guaidó” the Venezuelan government are in a strong position to stay in power for the foreseeable future. In a recent article (How the Venezuelan intelligence service defeated the CIA) the Romanian military analyst “Valentin Vasilescu” detailed how the Venezuelan counterintelligence service “SEBIN” orchestrated Guaidó failed coup attempt just to suck in the US Central Intelligence Agency, chew them up and spit them out in a humiliating intelligence defeat… I would say Vasilescu’s opinions are about right.

So, while the communists stay in power in Venezuela and the opposition cry about their country while living the “Miami lifestyle” in the U.S. with money from…? What’s does this mean for the other countries in the region?

The countries bordering Venezuela are useful to the Narco trade and have established protocols. Those at risk from the influences of the Cartels are the islands and countries of the Caribbean. Be it for trafficking routes, markets to sell, locations to launder money or hide out the Caribbean offers locations with poor security structures and corruptible governments and officials. But, if everyone is happy and making money, it’s not really a problem, is it…?