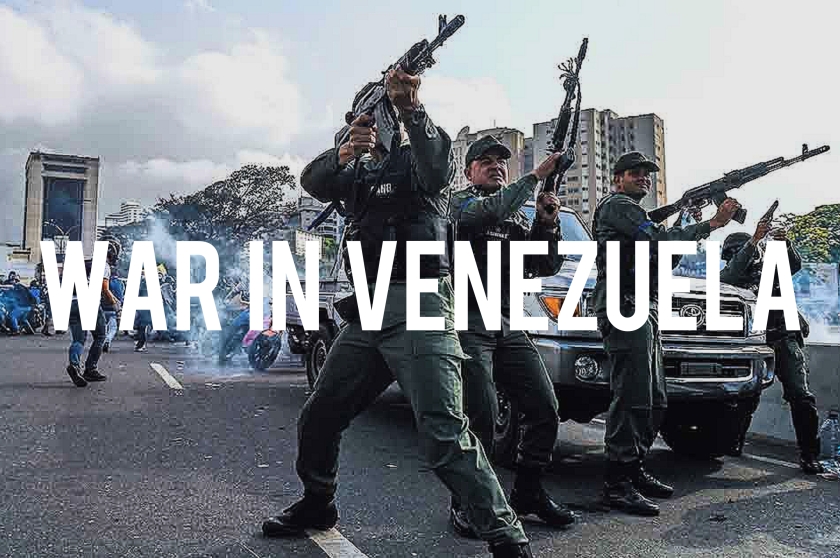 On the morning of April 30th, 2019 Venezuela’s opposition leader Juan Guaidó seemed to attempt a coup d’état against the communist government of Nicolás Maduro. I use the word seemed as what occurred can be best described as a publicity stunt more than an actual coup d’état. For the remainder of the day, even those that thought they knew what was going on in Venezuela had no idea what was going on. While the social media and the news channels were touting a revolution in Caracas and a war in Venezuela life went on as normal on the military bases and for the rest of Venezuela. Guaidó’s attempted coup d’état was mostly just another demonstration that is all too common in Caracas…

One the day of Guaidó’s publicity stunt Nicolás Maduro was strangely absent until late in the day. Rumors were swirling that he had left or was leaving the country. Did his Cuban bodyguards take Guaidó’s actions seriously and isolate Maduro until the all-clear was given? Maybe… I am sure the Caucasian-looking Russian speakers on the streets of Caracas wearing Venezuelan National Guard uniforms were keeping Maduro’s security team and others informed on all the developments with Guaidó’s fiasco.

If Nicolás Maduro had planned to leave Venezuela is a matter for debate and only a select few know the facts. Maybe some of the passengers on the Bombardier Global Express that landed at 8 pm that evening at the airport in Maiquetía after a direct flight from Moscow would know the answer. Did the passengers of that plane meet with Maduro and clarify to him that he was not leaving the country, again, who knows. But Maduro is still in power and in the following days was seen dancing with his supporters and parading with the military.

For the past few months, there have been rumors and news reports about an imminent invasion of Venezuela by U.S. forces and its allies. Even Eric Prince the former owner of the now-defunct Blackwater got in on the action apparently stating with 5000 mercenaries he could take the country from Maduro… All this sounds cool and is good for publicity, ratings and “Likes” on social media but, is it feasible in reality or a complete fantasy? I lean towards the latter… 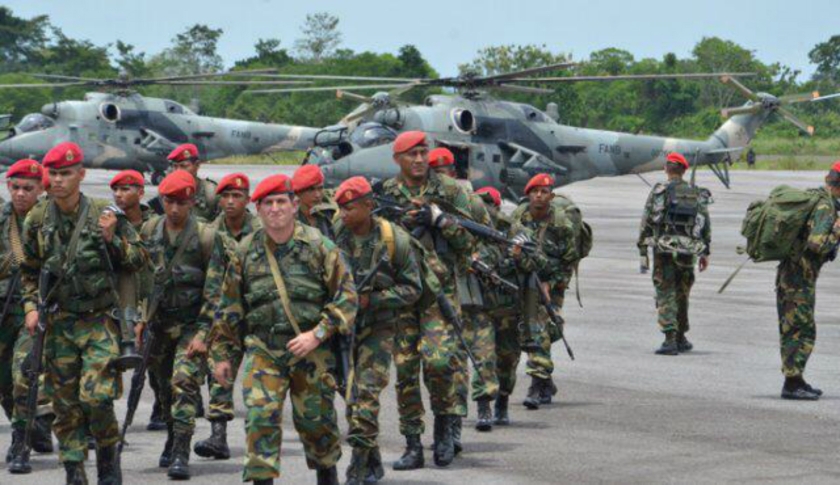 Venezuela, unlike Iraq, Afghanistan and Syria, etc. is a hilly and heavily vegetated country with limited roads in many parts.  To comprehend Venezuela’s terrain from a military point of view you want to think Vietnam, not Iraq. Venezuela’s terrain is ideal for guerrilla warfare as heavily equipped conventional troops and security forces will be channeled for ambushes on limited routes and the abundant vegetation will provide ample cover for attackers. The Colombian military and security forces have been trying for years to control their borders with Venezuela but still today most of those areas are lawless badlands controlled by narcos, guerrillas and gangsters.

As for the cities such as Caracas… To clear and control Caracas militarily would be a huge challenge due to its terrain, limited main roads and its abundance of favelas/barrios. Most of the favelas/barrios are controlled by their own well-armed gangs and any outsiders entering the maze of alleyways are targeted. For the issues of operating in such environments take a look at how the Brazilian security forces work in the favelas of Rio and Sao Paulo. Troops that are not trained specifically to operate in that environment, are not fit enough and don’t know their way around, would be chewed up and if lucky, spat out…

Do most Venezuelans support the opposition? Well, I think that like everyone else, they would support someone who would give them a better quality of life, but are Venezuelans willing to fight for it… I think not… Yes, they will turn up to rallies, wave their flags and share their photos and videos on social media but, when the evening comes, and it starts to get dark they go home… Their priorities, like most people in the Caribbean and Latin America, are earning enough money to live, drink, f#ck and party. What else do you need in life…?

From a military and cultural perspective, one of the huge differences between the wars in the Middle East and a potential war in Venezuela is the religion of the populations. While most in the U.S. and Europe have little cultural connection with the Muslims killed and suffering in the Middle Eastern wars, I think there would be a lot more public outrage if Hispanic Catholics were being shot, bombed, killed and classed as collateral damage.

Juan Guaidó seems to have the support of the U.S. and their allies but not that of the Venezuelan people. Guaidó and his people all seem to be photogenic, wealthy and educated individuals whereas Nicolás Maduro was a bus driver and the former Venezuelan President Hugo Chávez a career soldier, both from humble backgrounds and I don’t think either of them would ever make the front cover of Vogue Magazine…

I don’t think it’s difficult to see why most Venezuelans can relate more to Maduro and his predecessor Chávez than they can to Guaidó. I think Guaidó’s opposition is more in tune with drumming up donations from Miami’s, Washington DC’s and New York’s socialites than fighting what would be a very dirty war.

I have already heard that security companies are recruiting for operations in Venezuela; sure, this makes good bar talk over a few beers but anything more than that I would say find yourself something constructive to focus on…

In addition to the Venezuelan police, army, national guard and intelligence services there are an array of foreign forces who have been training there for years. The Russians have been highlighted recently, but also the Chinese, North Koreans and Hezbollah are active within the country. There are numerous photos online of South East Asians in Venezuelan military and their own national military uniforms. Will these foreign soldiers fight for Venezuela in the event of an invasion? Well, I think it’s in their interest to do so.

There are many videos poking fun online at the Venezuelan Militias but in a guerrilla war in the tight alleys of the favelas, anyone putting lead in your general direction can cause casualties. At the other extreme, within the Venezuelan Armed forces there are well trained, equipped and motivated troops that have been preparing for a foreign invasion for a long time.

I recently wrote an article about the threats some of the main narco and terrorist organizations within Venezuela pose, and there are more that I will be writing about in the future.

Within Venezuela, as within all narco-states, parts of the country are controlled by armed gangs of terrorists, criminals or as they are locally known “Colectivos” who to some extent are operating with the government’s consent. In many places, these armed gangs outnumber and are better armed and paid than the local police and military forces.

This is where from a strategic perspective, credit needs to be given to the former Venezuelan President Hugo Chávez because by arming, funding and facilitating these armed gangs he essentially bought the government an unofficial army. These gangs are well organized, can operate independently and are embedded within their communities. What they are lacking in conventional military discipline and skills they compensate for with brutality and violence.

Venezuela is a very violent country where death and killing is a way of life for many.  Those within the gangs and colectivos are accustomed to taking risks, fighting and killing. They have an operational command structure and are controlled by their bosses in the Venezuelan prison system or their friends in the intelligence services. For a very dirty guerrilla war these rapists, kidnappers and murderers would be very effective tools.

Hopefully, you can see from this article the potential issues for an invasion of Venezuela. A war in Venezuela would be a very dirty fight, and most armies these days, by my observations, are not trained for it. And, they would not be able to operate effectively due to oversight and supervision by politically correct bureaucrats and politicians.

With elections in the U.S. coming up in November 2020 and the Western European political scene in chaos, will the powers that be commit to a war in Venezuela?  A war whose cost would be many lives from all the sides directly involved; I don’t think so, but I could be very wrong…

Could there be a military solution to removing the communist government of Venezuela, sure but people need to decide if they really want it to happen or just use the vision of an invasion to promote themselves on social media.

An active measure to start with could be positioning a U.S. Navy aircraft carrier in the Southern Caribbean and every night when the narco flights start coming and going from Venezuela to send up their fighter jets to blow them out the sky. This might have a much more serious effect on Venezuela’s economy than all the official sanctions, but I am sure it would adversely affect the U.S. economy as well….