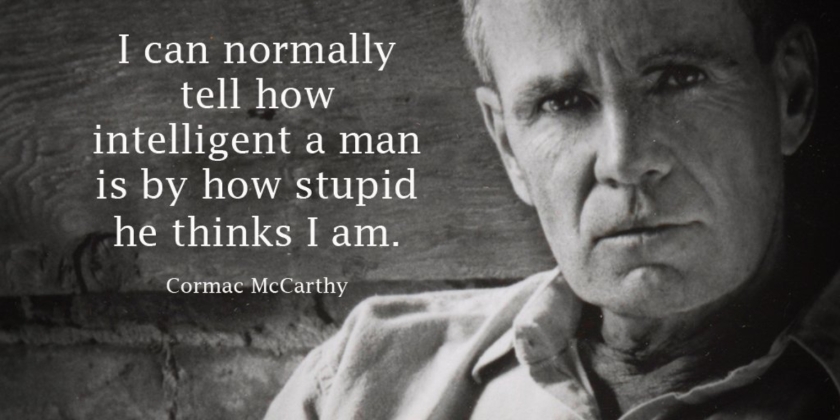 “I don’t trust anyone who’s nice to me but rude to the waiter. Because they would treat me the same way if I were in that position.” ~ Muhammad Ali ~

I have come across too many supposed experts in my fields of investigation, close protection, and firearms etc., who when tested outside of their comfort zones fail completely. The reactions when they fail tends not to be ones of acceptance and willingness to learn but usually more arrogance and denial which leads to frustration, which makes them look immature and stupid. You can never admit your wrong or take responsibility for your actions in today’s world, right?

Usually, the next phase of behavior with such people after their egos have been dented is a campaign of backstabbing, attempts to discredit those who offended them and then general petty behavior due to their insecurities and jealously. Needless to say, such people should be dumped and avoided unless of course you can make money off them without them being too much of a liability.

Baseless over confidence and arrogance are classic signs of insecurity within a person as is aggression without reason. If you’re confident in your abilities and self, then your actions and skills will speak for themselves. Yes, we all need to promote our work but keep it real and respectful.

I started this article with a quote from Muhammad Ali, who could be classed professionally in his fighting days as overconfident and arrogant. But remember he put his money where his mouth was and proved himself time and time again both professionally and personally. Muhammad Ali was without doubt a great man that worked hard and took the beatings that life gave him and persevered.

First impressions of people can always be deceiving due to many factors and with initial meetings you need to remember this. A wise man will show you little until they know you, where as a clown will put on a show. Remember this works both ways.

Over the years some of the most powerful, influential, and dangerous people I have met gave little or nothing about themselves away or their status during initial or even follow up meetings. They had nothing to prove, they were just getting on with life and doing business.

One story I tell is from when I was in London in the 1990’s and did one security job, that turned out to be keeping an eye on some artwork at a pre-sale showing for some luxury apartments that were being developed in the East End. The top floor apartments had amazing views of the city and were not for those that did not have a few million pounds to spare to start with.

When I first got to the building, which used to be an old factory or warehouse, there was a janitor in the lobby sweeping the floors and tidying up who pointed me in the direction on the event organizers. Well, it turned out the person who I though was the janitor owned the building. Apparently, he owned a construction company and had the foresight years before to buy that and a few other old and derelict factories and warehouse, which he was now developing.

This person whom I, and I am sure others assessed to be a janitor was most likely worth a lot more money than the vast majority of socialites, corporate lawyers, stockbrokers, and playboys that were there dreaming about buying one of his apartments. I have other stories of other such people, and this is why I don’t take people at face value.

In today’s world of social media influencers and corrupt mainstream media such things as reality, truth and honest are hard to find. First impressions do count but more importantly so do all the follow up impressions people give to you and you give to others.

It takes time to know if people can be trusted or valued, the quickest way I have found to test this is to give people a little responsibility and little credit and see how their egos handle it. Does it go to their head and in their minds, they become the king of kings, or do they stay focused on achieving the set goals for the benefit of everyone involved…

Everyone has their own agenda and goals; we all want to make money and be successful. Sadly, for many people due to their egos or arrogance they cut their own throats not only before they start, but also when they get too comfortable with their successes…