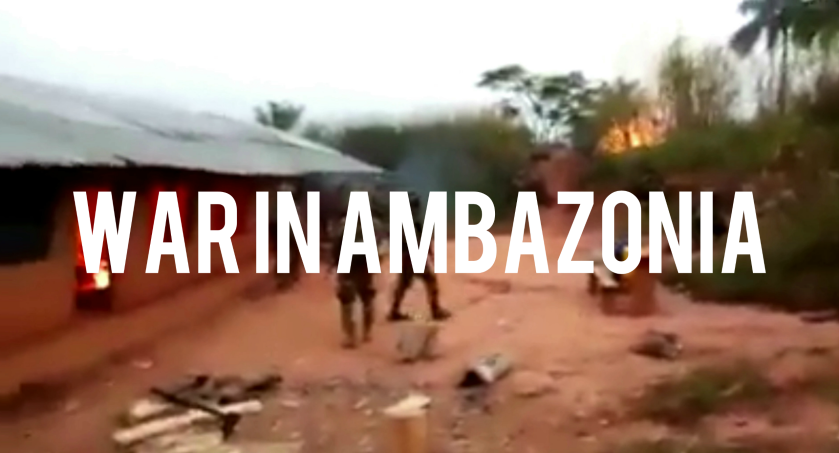 The War in Ambazonia – Videos

If you ask most people about the meaning of the word “Ambazonia”, they will just look at you confused as they have no clue what you’re talking about… When you explain to them it’s a country that’s fighting for its independence, most will think you are making things up. Well, the war in Ambazonia is very real… The ethnic cleansing and human rights abuses being committed against the Anglophone community in Ambazonia is also very real, but is being ignored by the international media and supposed human rights groups.

Ambazonia use to be The Southern Cameroons in the time of British Empire and is now the Anglophone (English Speaking) areas in South West Cameroon, which declared independence in 2016 from the Republic of Cameroon. Ambazonia is the oil rich area of Cameroon that supplies 60% of the country’s income but the local people see very little of the revenue from the oil business. They have very poor access to health care, schooling and unemployment is high.

The third face of the war in Ambazonia you can find in the following links to my other articles. These are the Anglophone women, children, community leaders, Priests and non-combatants that are the easy prey for the Cameroonian Army and Police.

Hopefully now you understand what Ambazonia means and the struggle that is taking place their… But I doubt the international community and media will start to take an interest on just another black-on black war in Africa any time in the near future… Unless something strange happens, like the oil stops flowing….