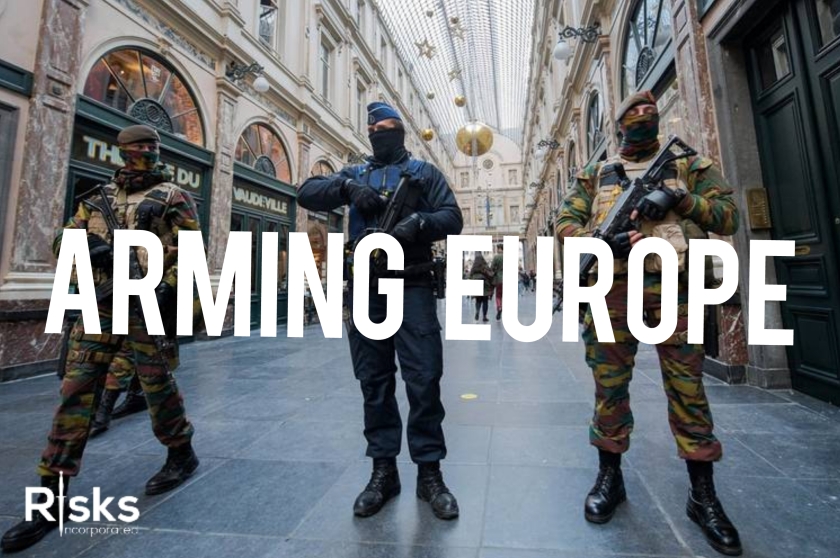 The Arming of Europe to Counter Terrorism

Europe is experiencing a wave of terrorist related attacks and whether the perpetrators are trained terrorists or those with mental illness problems using the banner of ISIS for their 15 minutes of fame makes no difference. Sadly, I think for the near future with the instability in the Middle East and North Africa combined with the masses of undocumented refugees spread across Europe we can expect a lot more terrorist incidents to come.

I believe the right to self-defense is a basic human right, not a privilege. The fact that the vast majority of European countries have extremely restrictive firearms and use of force laws is only benefiting the terrorists and criminals. How many of the recent attacks in Europe have been committed by licensed firearms owners using licensed firearms… ZERO!

I am British and have been living mainly the in U.S. for 16 years, so I understand the gun cultures on both sides of the pond. I am an ex-British Infantry soldier and owned handguns in Britain before they were banned in 1997. I have also been organizing firearms courses in Europe for nearly 20 years. In the US I have owned and carried handguns since I was legally able to do so and at this time the number of those that have been through my various firearms courses is close to 2000.

Even though legal guns are highly restricted in Europe illegal firearms are not that hard to get hold if you really want them. Since the end of the Soviet Union and the dismantling of border controls illegal weapons started flowing in from Eastern Europe. The civil wars in the Balkans and the collapse of Albania in 1996 put a lot of military grade weapons into circulation. Now with the wars in Iraq, Syria and Libya I don’t see issues for terrorists and criminals being able to get hold of military grade firearms and explosives. To be honest, I am very surprised there have not been more incidents than there have already been.

Anyone assessing the security situation in Europe at the moment will quickly come to the conclusion that more terrorist attacks are imminent. So, shouldn’t law abiding citizens have the right and ability to defend themselves and counter terrorism? I am sure the European police and security forces are doing everything they possibly to can to prevent, arrest and when required kill the terrorists. That sounds cool as long as you’re not sat in a Paris restaurant with your family looking down the barrel of a jihadist’s AK-47 and you can’t reach for your phone to call the cops. So, you will just have to hope someone else called the cops and you’re not shot, beheaded or blown up before they hopefully come to rescue you.

I don’t see any logical argument for law abiding citizens not to have the right to be professionally trained and armed for self-defense. Sensible rules and regulations can easily be put into place for handgun ownership, use of force and professional training courses organized where those seeking to be armed can be trained to pass the same qualifications as their countries armed police forces.

Sadly, common sense is not something that’s in abundance in today’s world, especially with those in Government whose incompetence and arrogance has led to the problems the world is facing today. Hopefully, today’s issues will lead to transitions that will result in a stronger society where the people have a much greater say in their countries policies and also the basic human right of self-defense!